What is an Animated Ad? - Tenzer Animation
16458
post-template-default,single,single-post,postid-16458,single-format-standard,ajax_fade,page_not_loaded,,side_area_uncovered_from_content,qode-theme-ver-16.1,qode-theme-bridge,wpb-js-composer js-comp-ver-5.4.7,vc_responsive 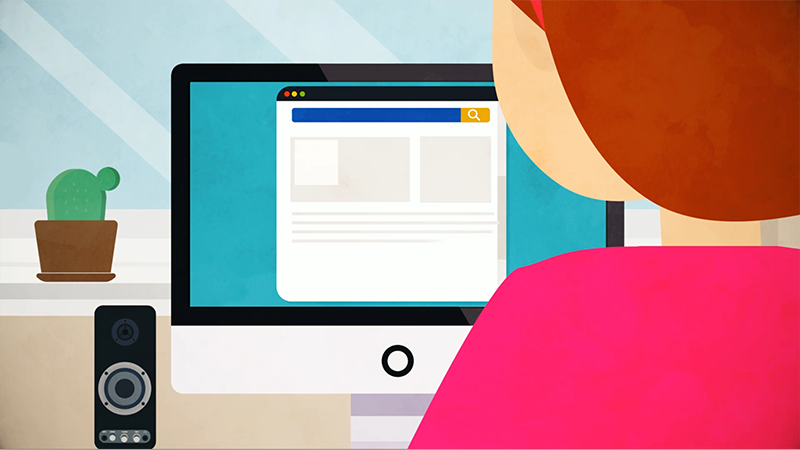 12 May What is an Animated Ad?

Answer: An animated ad is a 5-10 second looped image or video which is used in online marketing. This type of advertising has been common place on digital billboards for years but is now becoming more prevalent online as well. The animation style for the online ad is to create a seamless loop so that the end of the clip transitions back to the beginning without the viewer noticing.  These ads are created as animated Gifs, HTML 5 Banners, flash animation and short videos. They can do everything from explain how a hi-tech piece of equipment works to a simple advertisement letting the viewer know about an upcoming sale.

In February of 2018 Facebook announced that it would allow advertisers to use animated gifs in place of still ads. Research has shown that we are more likely to pay attention to motion then still images but unlike a video which you generally have to “play” for it to begin, animated ads have no beginning and no end, therefore no-matter how it catches the viewers eye they are generally seeing the entire message at once. The feeds on social media networks such as Facebook and LinkedIn are flooded with sponsored content as well as content from friends and colleagues, you might only have two or three seconds in front of someones eyes before they scroll past the ad, so having a video ad or animated gif that’s 5 or 6 seconds really helps to ensure the audience is seeing the message.

Big Brand names are using animated ads for branding, education and to sell products. Facebook and LinkedIn use allot of animated gifs to help explain new features or concepts. An animated ad can be anything from a product demo to a moving picture.  Water, Soda and Alcohol makers can make their products look realistic using 3D animation and modeling. These ads come in the format of Gif, HTML and short videos clips. But no-matter what the format the key takeaway from big brands and start-ups alike is that the ads are getting increasingly shorter.

Linkedin uses the power of short animation to quickly show how their new product works.

Animation can be realistic as well, using 3D modeling to make the product come to life.

Many of the animated ads today are comprised of simple text and graphics while others can be anything from realistic 3D renderings of products to looped live action videos. But what about cartoon animation? Cartoon animation has been a staple with explainer videos but they are typically 1-3 minutes long and though There aren’t many ad campaigns out there utilizing cartoon animation in short form, we believe that trend is coming. Cartoons can be warm, entertaining an inviting and have proven to be very effective in explaining concepts and ideas.

Linked in has used animation in many different ways to grab the attention of its audience.

In this simple ad made by Tenzer Animation,  the busy executive is writing endlessly while the paperwork does not diminish. A frustration anyone can relate to!

Animated gifs have been around almost as long as the internet, but have been recently re-invented as sophisticated advertisement vehicles. They cost a fraction of the price of a full animated video and can be more effective because they get the message across quicker. It’s important for small to mid sized businesses to think outside the box and find new creative ways to reach their audience.  If you are curious about animated ads and there application to Instagram, we have written an article about that as well.

How much do they cost?